There is no doubt that education is crucial to children and the way in which they develop. Along with this, they enhance their skills, learn new skills and set themselves up for life as an adult. However, poverty in Bangladesh has influenced and continues to influence the way in which children access education. 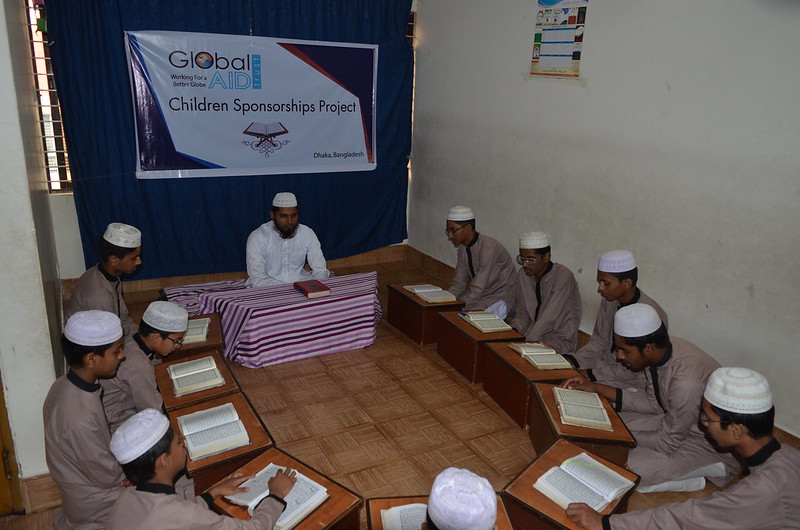 Poverty levels in Bangladesh are far higher than the rest of South Asia with over 30% of its population living below the national poverty line. The poverty problem has been underpinned by a high level of unemployment which sits around 4% but it is believed that around 40% of the population are underemployed. Many Bangladeshis work for just a few hours a week for a very low wage, leaving them in the depths of poverty.
Of course, sending a child to school in Bangladesh once they reach a certain age comes at a cost- a cost that many families cannot afford. Poverty in Bangladesh is caused by a number of factors such as natural disaster, weak infrastructure and gender inequality that prevents women from contributing to the economy. All of these factors contribute to the economy and act negatively, making it impossible for people and families to thrive and live above the poverty line. This in turn is having a huge impact on education, which in turn has an impact on the economy – both of which go hand in hand. 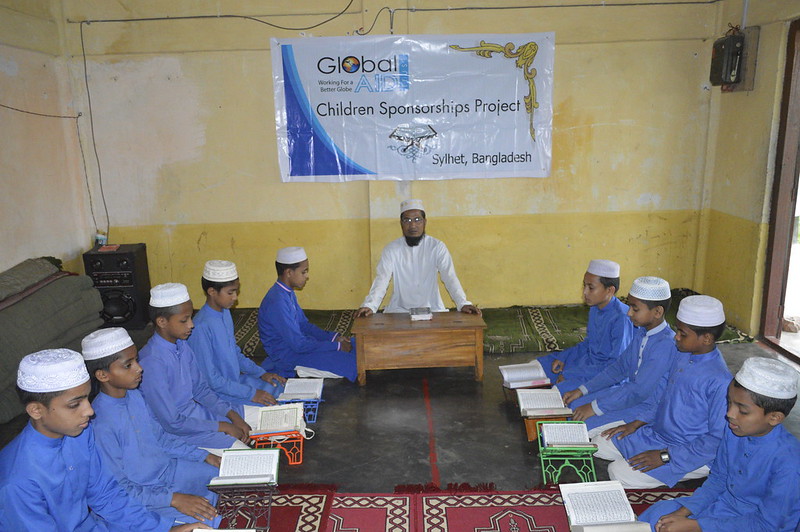 Education is the foundation of solving the problem of poverty and helping to create an economy that thrives and develops. In Bangladesh, there are around 57 million children under the age of 18 with 15 million of those being under the age of 5 years of age. There are around 16 million children who are enrolled in grades one through to five but only 55% of children in Bangladesh who move on to primary education make it to grade five. Alarmingly, only 50.7% will actually finish all five years, proving that education and poverty in Bangladesh are linked. As a result of this poor uptake of education due to poverty, only 77% of men aged 15 to 24 and 80% of women can actually read.

Among those impoverished families, the drop-out rate for school is significantly high and there are many reasons for this. There are national and regional issues that reach far and wide that influence this but poverty has influenced the lack of uptake in education for far too long.

Studies have found that around 5.6 million children are not in school in Bangladesh. The ramifications of this are alarming because this is a high proportion of the population, who will form the future of the country who are missing out on education because of poverty.

In Bangladesh, primary education is free but once the children reach grade five, families have to pay for the cost of education and this is where many children begin to lose out. The cost of education can prove to be a challenge for families as they have to cover the cost of school supplies, food and all other costs associated with education. Unfortunately, the high level of poverty means that children miss out on important education that could shape their lives and their futures.

The children who are missing out on education because of poverty are the future of the country. If those children receive the education they are entitled too, they could be the ones who help to create a more stable economy, filling jobs, creating business and helping the country to reach its potential not to mentioning fulfilling their true potential.

During the school years, children will learn a wide range of skills that can help them and support them during their adult lives. However, without these skills, children will find that they often have to help support the family in ways that simply restrain them from having a future that is full of prospects. Children learn social skills, cognitive skills, they use their imagination and gain a significant insight and knowledge into different areas of education that could encourage them to grow and prosper.
Donating via Global Aid can help to make the difference for children across Bangladesh. Donors can donate as little as £16a month for three years and four months to help support children in education. This will help them to get the education they deserve, making it possible for them to grow into clever, knowledgeable and skilful individuals while giving them the freedom that every child deserves which is to grow and make ambitions and wishes become a reality.